Chhattisgarh is an important center of India from the point of view of production of electricity and steel. About 15% of the total steel produced in India is in Chhattisgarh: Chhattisgarh state borders with seven states viz. Madhya Pradesh, Maharashtra, Andhra Pradesh, Telangana, Orissa, Jharkhand and Uttar Pradesh. touches the state. 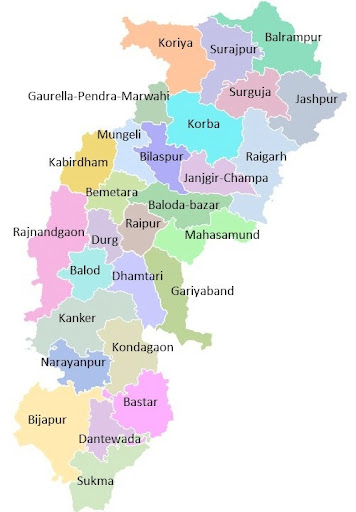