After decades of movement for a separate State, Telangana was created by passing the AP State Reorganization Bill in both houses of Parliament. Telangana is surrounded by Maharashtra and Chhattisgarh in the North, Karnataka in the West and Andhra Pradesh in the South and East directions. Major cities of the state include Hyderabad, Warangal, Nizamabad, Nalgonda, Khammam and Karimnagar. 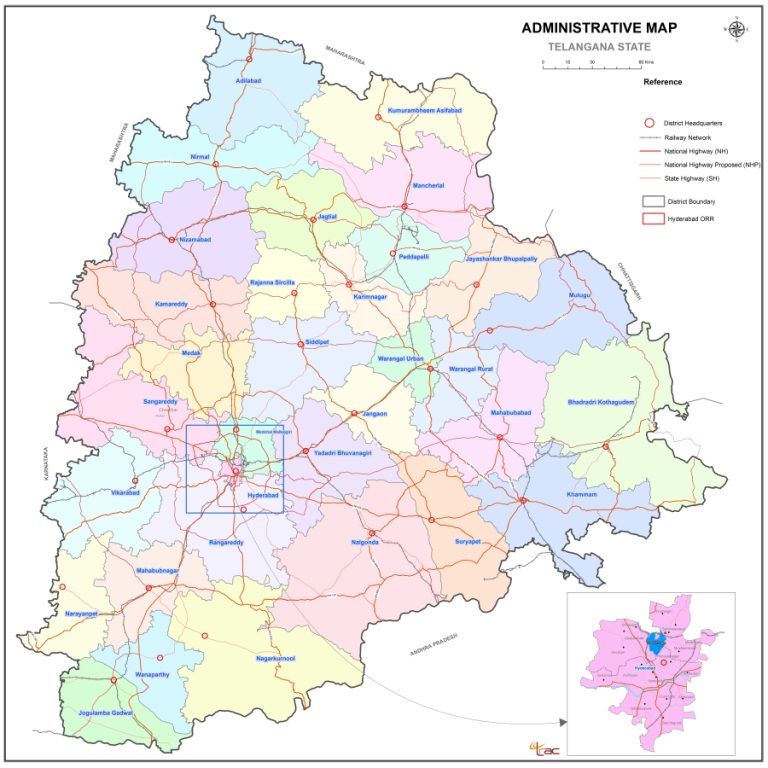